The Saskatoon Aquarium Society has had many renowned speakers present on a multitude of topics including collecting trips, husbandry and hobby hot topics. It is always a great turn out with special guests! It's not uncommon for guests to bring something from their fishroom for us to get excited about! 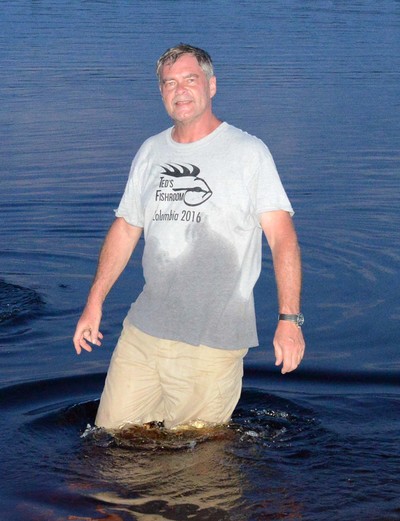 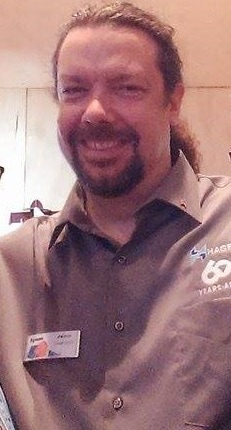 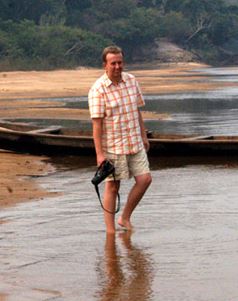 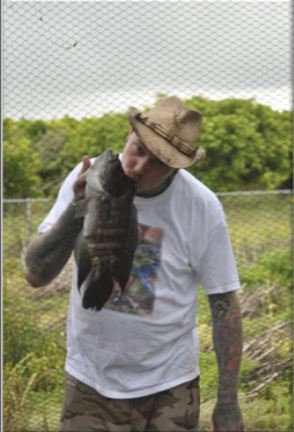 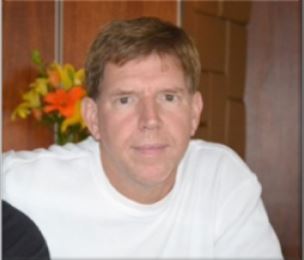 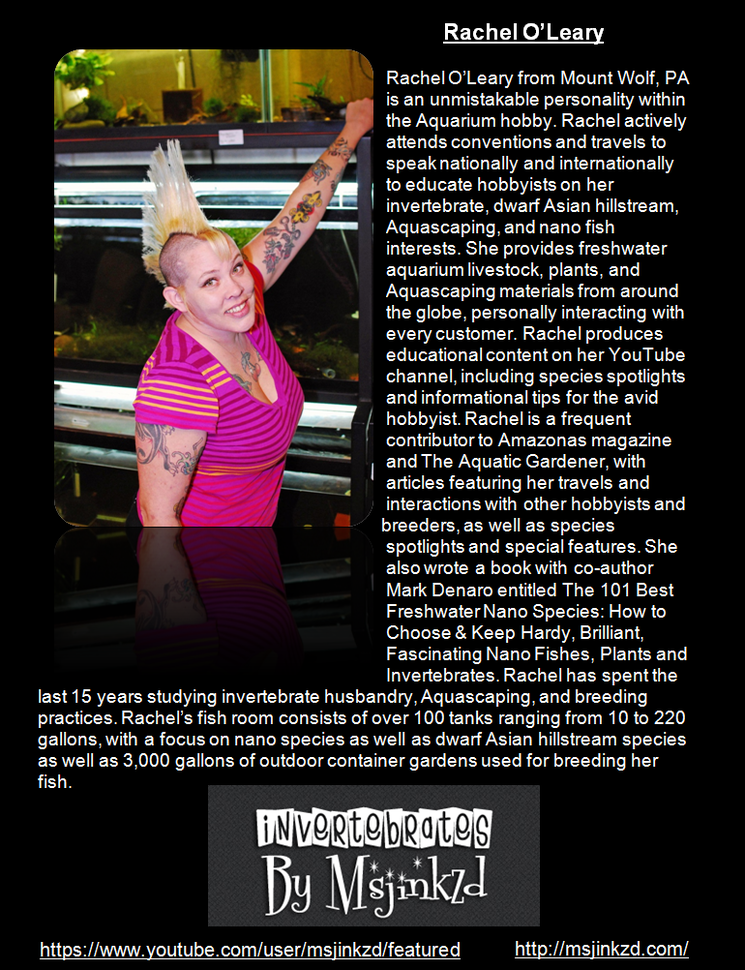 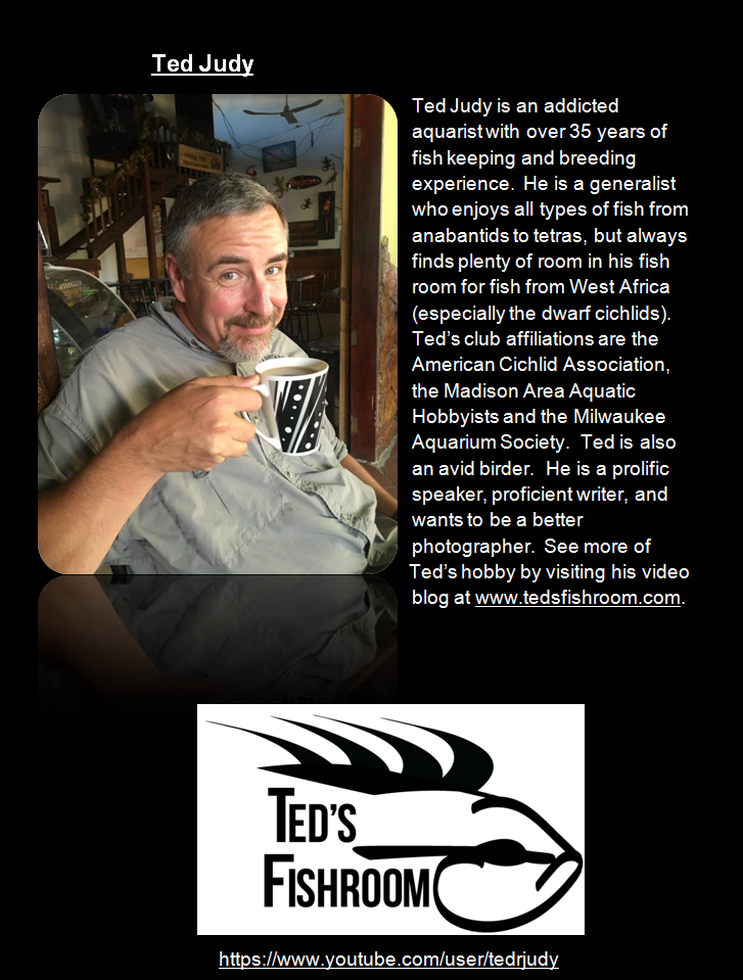 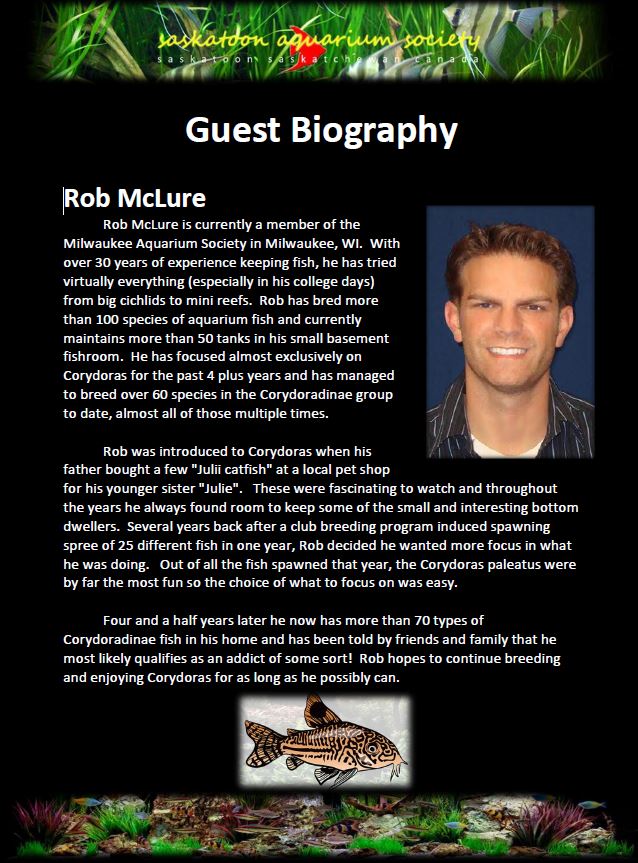 Jeff Cardwell 2017: Jeff Cardwell has been active in the aquarium hobby for more than 50 years. He maintains over 60 aquaria and his interests and expertise extend to catfish, killies, rainbowfishes and cichlids. Jeff has traveled extensively to collect aquarium fishes on more than 40 trips to Brazil, Peru, Bolivia, Surinam, Colombia, Uruguay, Mexico, El Salvador, the Bahamas and the U.S. Virgin Islands. An enthusiastic keeper of North America's native fishes, his collecting trips have also taken him to many parts of the United States. Both as a speaker and a judge, Jeff has been a familiar figure at shows throughout the Midwest for more than thirty years. He is an active member of the American Cichlid Association, the American Killifish Association, the American Livebearer Association, and the Circle City Aquarium Society.

Rusty Wessel 2015: Rusty maintains over 8000 gallons of freshwater aquariums in a state of the art fish house constructed specifically for fish.  The 90 plus aquariums predominantly contain cichlids and livebearers, which he successfully raise and breeds. Rusty's specialty is Central American fishes.

He has taken his hobby to a point where he has successfully collected fish from the countries of Africa, Belize, Costa Rica, Cuba, Guatemala, Honduras, Panama, Mexico and Uruguay, from 1983 to the present, for over 100 trips to this date. Considered by many to be the ultimate collector, he has introduced many new species of fish to the aquarium hobby. If it lives in the water, chances are that Rusty has either caught it or been bit or stung by it.

Dr. Robert Rush Miller, emeritus professor of the University of Michigan named a beautiful and elusive cichlid discovered during one of his expeditions to Honduras, after Rusty in the June 1996 edition of Tropical Fish Hobbyist magazine, Theraps wesseli.

Rusty is as well a prolific author and photographer, his writings or photographs have appeared in a wide distribution of specialized publications, like Aquarium Fish Magazine, Aquarist and Pondkeeper, Buntbarsche Bulletin, Cichlid News, Ad Konings' Cichlids yearbooks, Freshwater and Marine Aquarium and Tropical Fish Hobbyist.

In the organized hobby, Rusty is currently the "Back issue Sales Person" for the American Cichlid Association and a speaker participant for the ACA/Marineland Speaker's Program. He is past chair of the ACA board of trustees (1990) and past convention chair (1992). In addition, he is an active solicitor for the "Guy Jordan Endowment Fund" (A fund set up under the ACA to grant endowments for cichlid research). On the local level, he is currently treasurer for the Louisville Tropical Fish Fanciers. Rusty has been awarded with the greatest honor the American Cichlid Association gives to its distinguished members, the ACA fellowship in 1997.

Spencer Jack 2015: Spencer has been active within the aquaria hobby since the age of five. A true "cichlidiot", he had worked exclusively with cichlids for over thirty years. He has since expanded his horizons to include all types of tropical fish.

Spencer has been an active hobbyist within Winnipeg for a number of years. Some of his roles within the fish hobbyist community include:


Spencer now owns and operates a tropical fish business, The aFISHionados, and is still an avid fishkeeper and breeder.

Spencer's enthusiasm, humour and dedication towards the aquarium hobby is easily witnessed through his lectures. All of Spencer's lectures are full multimedia presentations using PowerPoint, and almost all of the pictures in use are original pictures taken by Spencer during his years in the hobby and travels across North, South, Central America and beyond.

Spencer is a part of the American Cichlid Association speakers program.

Chris Biggs 2015: Hailing from the barren Tundra of the frozen North that is Winnipeg, Manitoba, Canada: Chris Biggs is a devoted father of three, and court Jester to his lovely and tolerant Queen, Dayna. A life-long Aquarist, his father thrust him into the hobby at a very young age with a small tank they kept in their family den and Chris has never looked back.  He is a founding member of the Aquarium Society of Winnipeg, the Canadian Cichlid Association, and most recently, the Dead Fish Order. He achieved in short order the level of Grand Master for both fish breeding and horticulture. He is a classically trained Botanist, passionate naturalist and avid gardener. Master of much, Chris is well known for his colorful tattoos, outspoken mouth, and well-received knowledge on most things aquatic and more. Eager to share and educate, he is a welcome presence nationally and internationally, both as a speaker and as the mouthpiece for Xtreme Aquatic Foods.

Chris has traveled extensively, collecting, studying, and admiring fishes, plants and reptiles in their natural habitats, as well as attending workshops and conventions. He has taken his vast knowledge and experience and applied it to building many dedicated and specialized fish rooms, often referred to as his Lab. They have included such fully automated water maintenance systems, pressure chambers, microscopes and dissection tables including his last fish room which held over 3800 gallons. His frank bravado and charm, as well as his experience make him a much sought after judge, speaker and auctioneer at events everywhere.

He is Tall, loud, and colorful- Chris is an enormous nerd and quite strong with The Force he has an entire room dedicated to Star Wars figures and diorama, many of which he has hand crafted himself! Outgoing and entertaining, Biggs is often found, Guinness in hand, wearing a shirt extolling his mighty gonopodium and sharing his vast knowledge with a sarcastic, yet endearing smile.

Jason Caumartin 2015: Jason received his first fish tank in his eighth year, microscope at age 11 and garage sale bought chemistry set at age 12 and has been interested in aquariums, animals and science in general ever since.  He was responsible for the care, and in a few cases, training of animals as well as plants throughout his school years; throughout high school Jason was the lab technician.
In his adult life he has worked his way through the pet industry starting with AGP Pets back in 1991 which later became the Petland group in Calgary. This is where he got a handle on the retail/managerial/husbandry sides of the pet business. Following that Jason spent a number of years at Aquatic Imports in Calgary gaining experience in the wholesale side of fish, reptiles, molluscs and crustaceans in the areas of keeping, disease management and some breeding.

Since 1997 Jason has been with Rolf C. Hagen Inc in the positions of Sales Representative and then Specialist Rep.  For many years he has been attending club, industry and trade shows and this has brought him a tremendous degree and depth of experience in many aspects of the pet industry. Through all this he has been a foremost fan of all scaly things and actively participates in club meetings and events whenever his schedule permits.  In recent years Jason has personally developed more of an interest in plants, catfish, crustaceans, mollusks as well as micro biology and its role in various living systems.  He has also been blessed with handling most of the consumer issues over the years for the company; this has given him a ton of by proxy education.  Jason has been doing seminars and staff training with stores, individuals, and companies as well as doing private consulting for many years throughout Ontario and western Canada, in Alaska as well as a trip to Australia and New Zealand.

In short, Jason loves learning and sharing his experiences and knowledge as well as picking up information wherever he can.  He very much enjoys being in the middle of the pet industry having regular contact with overseas colleges, suppliers, product developers, purchasers, retailers of pet and garden supplies, club contacts, breeders as well as the general public. By hearing all of their thoughts and requests, Jason amalgamates & transfers this information as best as he can.